This week saw the start of a really exciting project on the North Face of Ben Nevis.
Rather than try and explain it in too much detail, here area few snippets from the Press Release which summarise the project very well:

“The iconic cliffs of the north face of Ben Nevis are internationally renowned for their geology and impressive mountaineering heritage. These cliffs also offer one of the few opportunities in the British Isles to search for arctic-alpine species in locations still unexplored by scientists....

Ben Nevis is a key site in Britain for mountain plants – designations include Site of Special Scientific Interest, European Special Area of Conservation and most recently it was added to the international series of Important Plant Areas by Plantlife International. More than 30 nationally rare and scarce species have been found in the mountain range, of which about a dozen are known from Ben Nevis itself. However, much of the spectacular North Face of the mountain, world famous to climbers, remains unsurveyed by botanists because of the difficult terrain presented by the extensive crags.”

The project, which is being led by the Nevis Landscape Partnership, is supported by Heritage Lottery Fund ,Scottish Natural Heritage , The Highland Council, Midland Valley Exploration and equipment manufacturer Mammut. 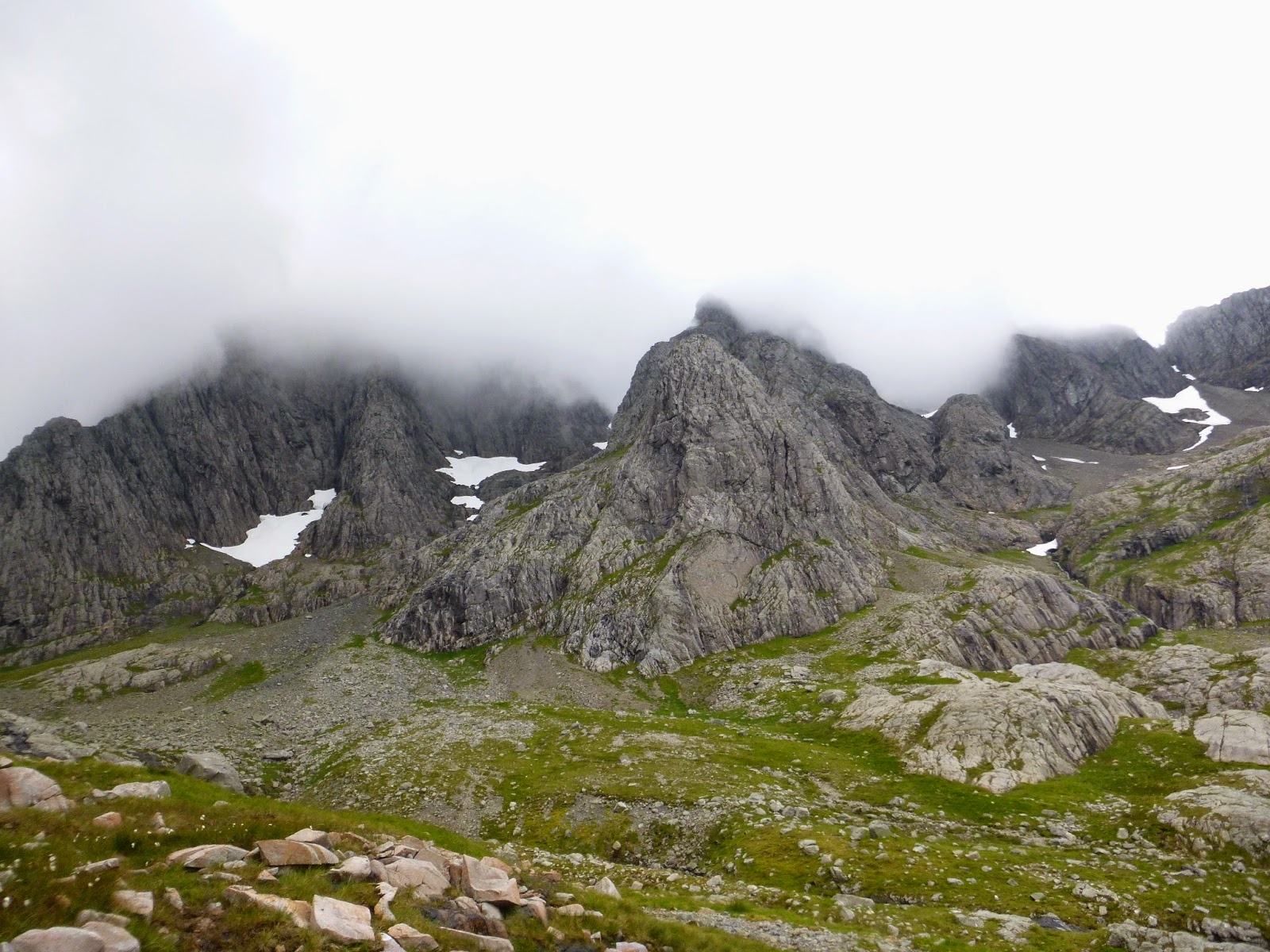 Last week saw the start of the training phase of the project. We had a day at the Lochaber MRT base going over some of the techniques used to access some of the more remote parts of the Ben using some industrial type high ropes techniques. We the had a really interesting talk from the Botany experts about some of the rare plants we would be hoping to find as well. Jenny, a Geologist from the company Midland Valley also showed us some of the 3D mapping techniques that were going to be used as well as how to use the App on our Smart phones to record both botany and geology data. 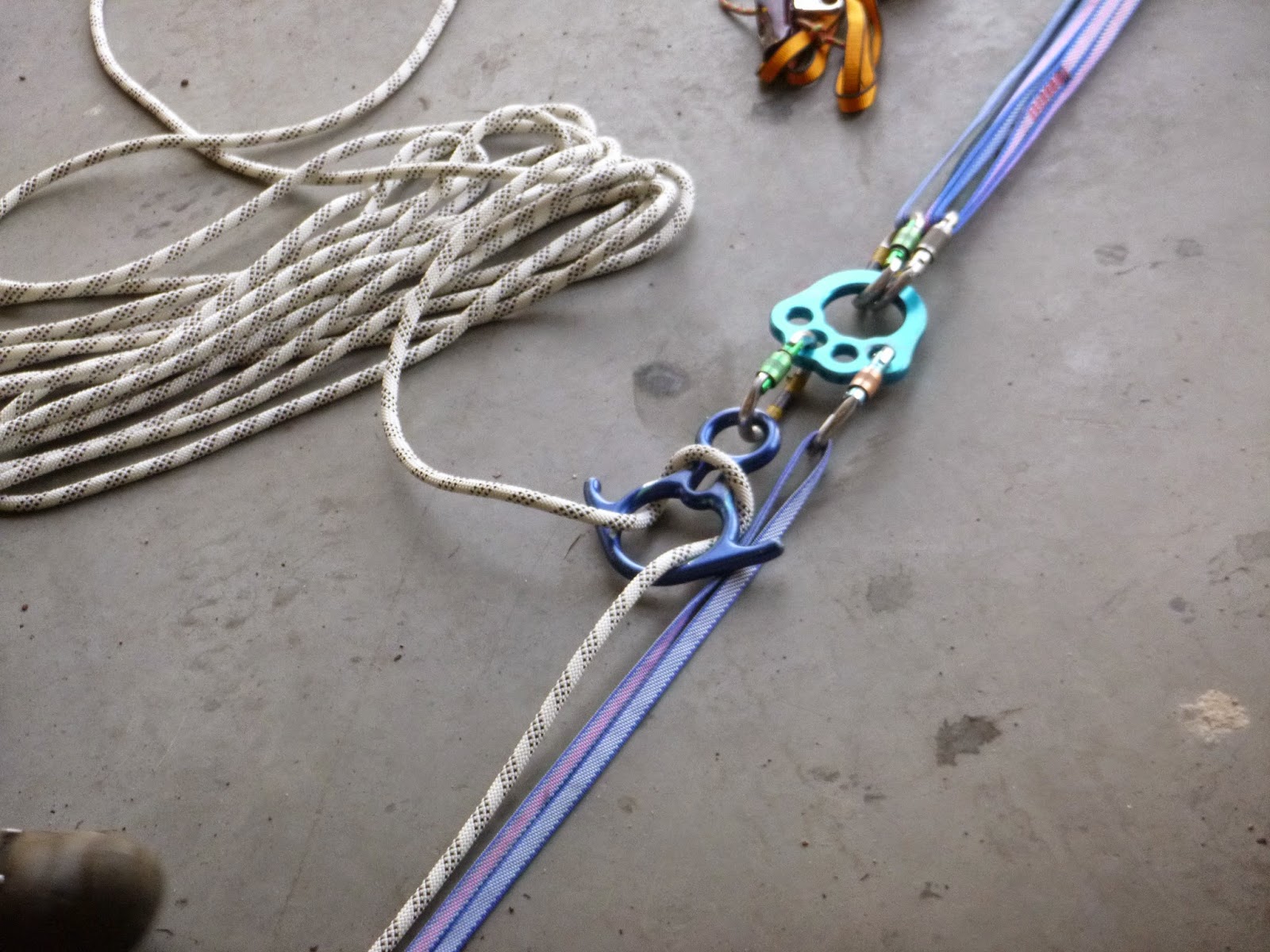 Day 2 saw us out on the hill. First up was carrying some of the heavy loads into the CIC hut. There certainly was a lot of kit to take in but many hands make light work and we surprisingly managed most of it in our first trip. Our team headed under Carn Dearg Buttress towards Waterfall gully and with some great tuition from Botanist Ian, were able to start identifying some of the target species of plant. We also got to grips with using the Field Clin App  from Midland Valley. 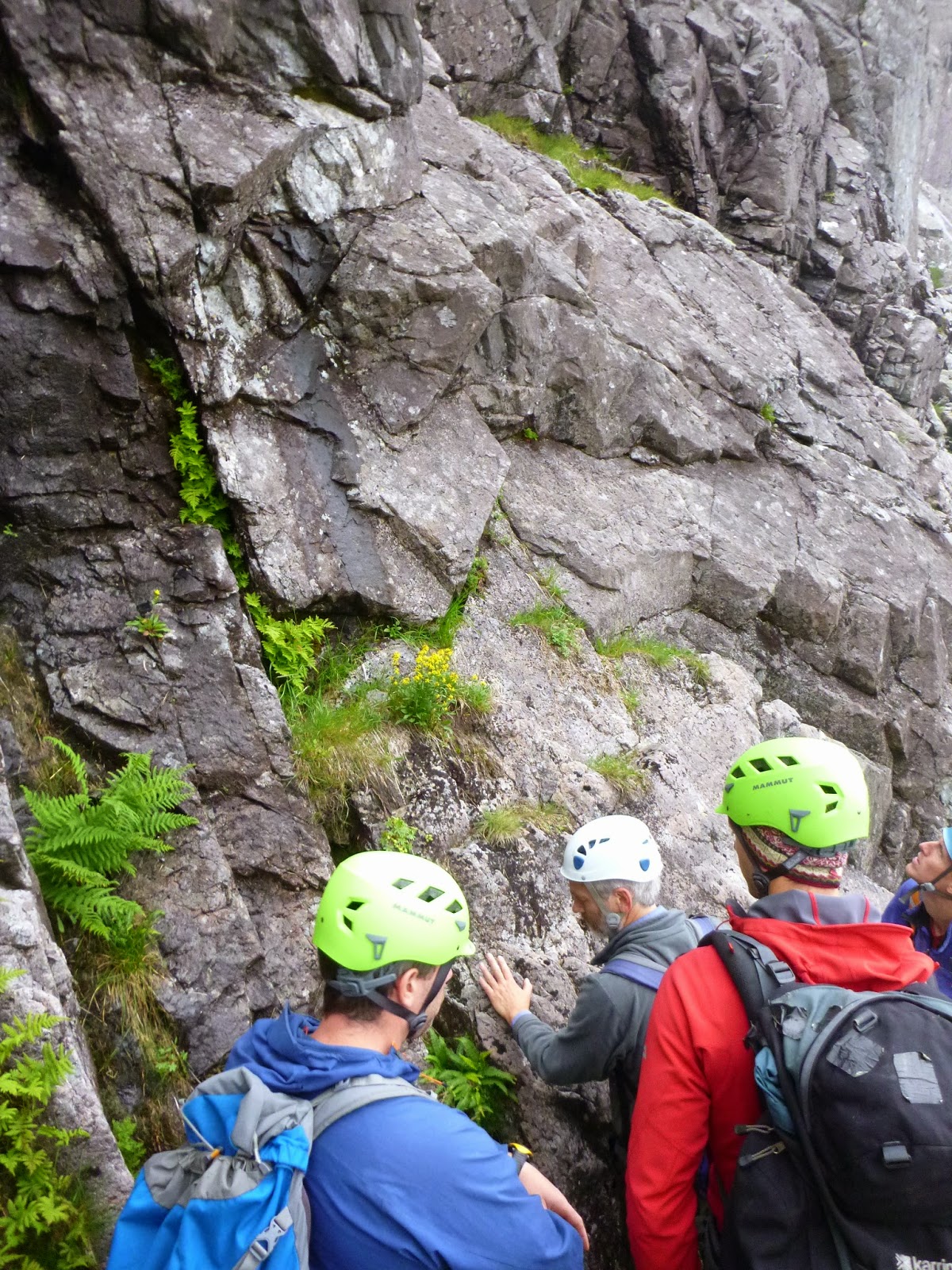 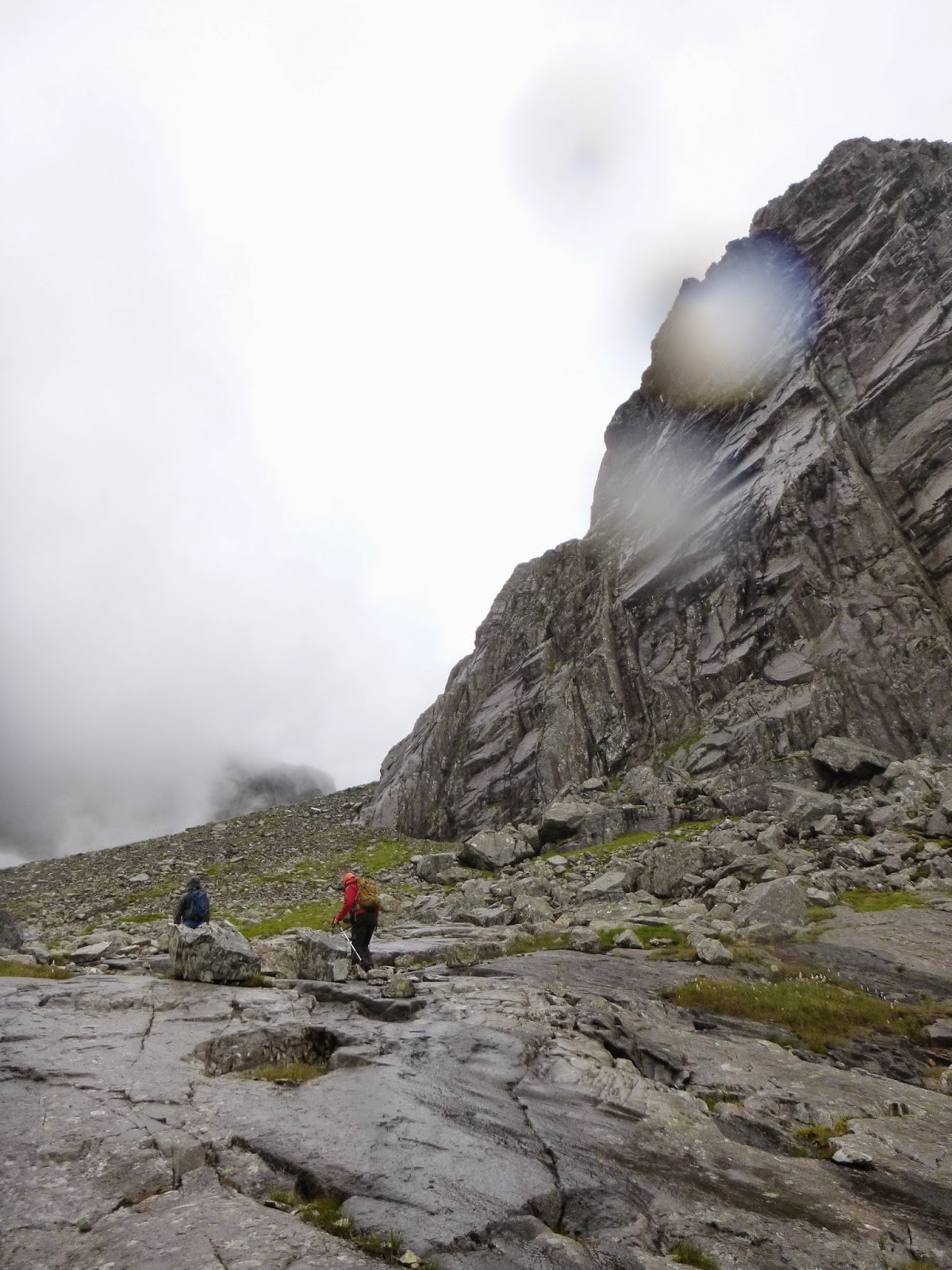 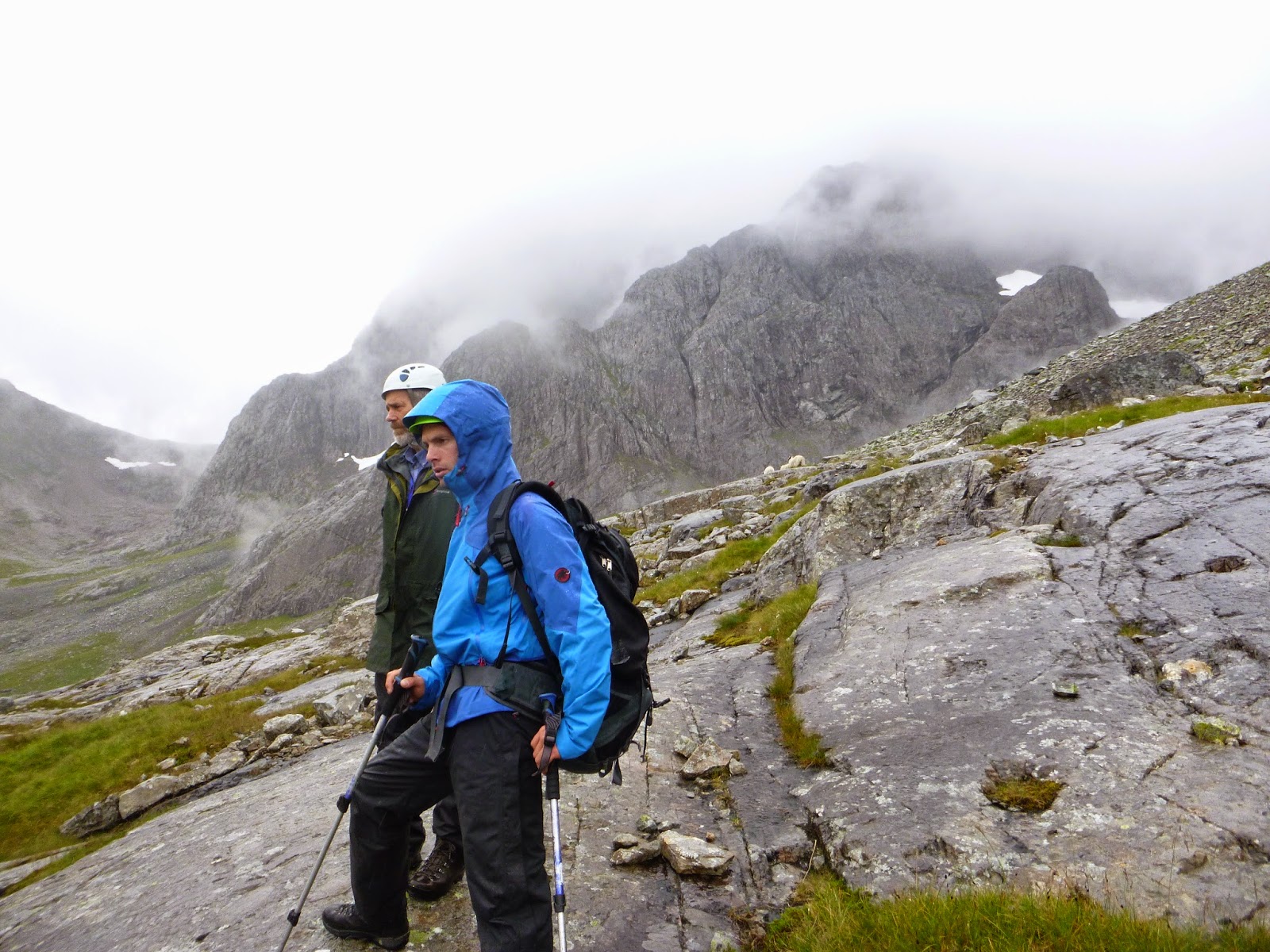 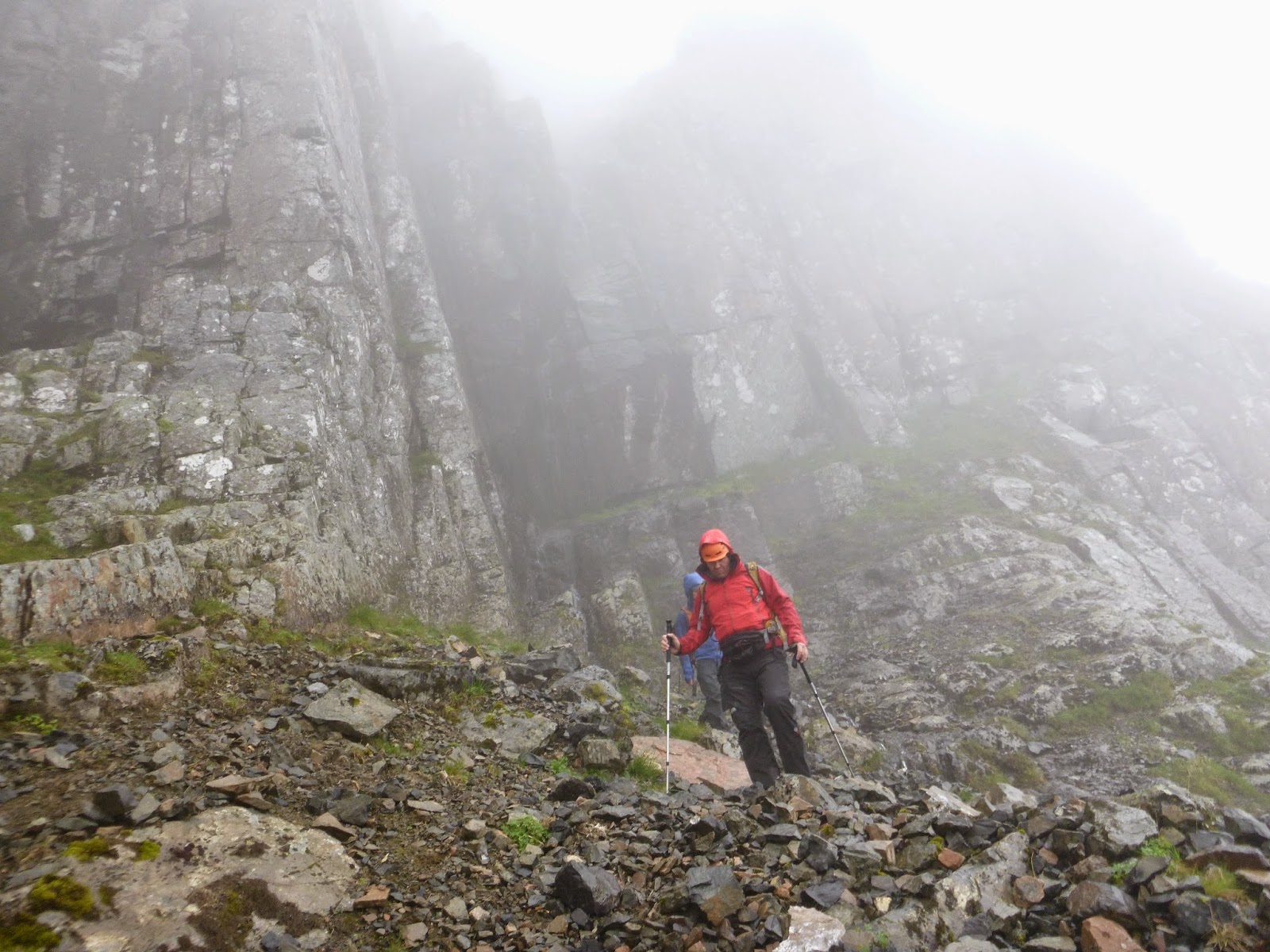 With a better forecast on day 3, our group headed towards Ledge Route and the No.5 gully area. I teamed up with Mike and Ian and we headed up the rib between Moonlight Gully and No.5 gully, eventually heading into the massive bowl at the top of No.5 gully. Using a more Alpine approach saw us covering quite a bit of ground which was a great opportunity for us to record some of our target species of plant. We headed along the plateau to No.4 gully to look at some of the very rare species of Saxifrages present there. A fantastic day getting to explore some obscure parts of the Ben in Summer!

On Friday, it was time for the climbers to have some fun so to get everyone used to long abseils we rigged some lines down Route 1 on Carn Dearg Buttress. Working with Donald, Al, Scott and Mike was great as their decades of collective experience was evident allowing all of the MIA trainees to learn a lot. We all got a chance to abseil first before escorting the experts down. The first few metres were a bit nerve racking, especially with piles of loose blocks balanced like jenga towers needing to be avoided. After that though, things just felt like a big abseil and we got to enjoy being in the sensational place that is the North Face of the Ben! 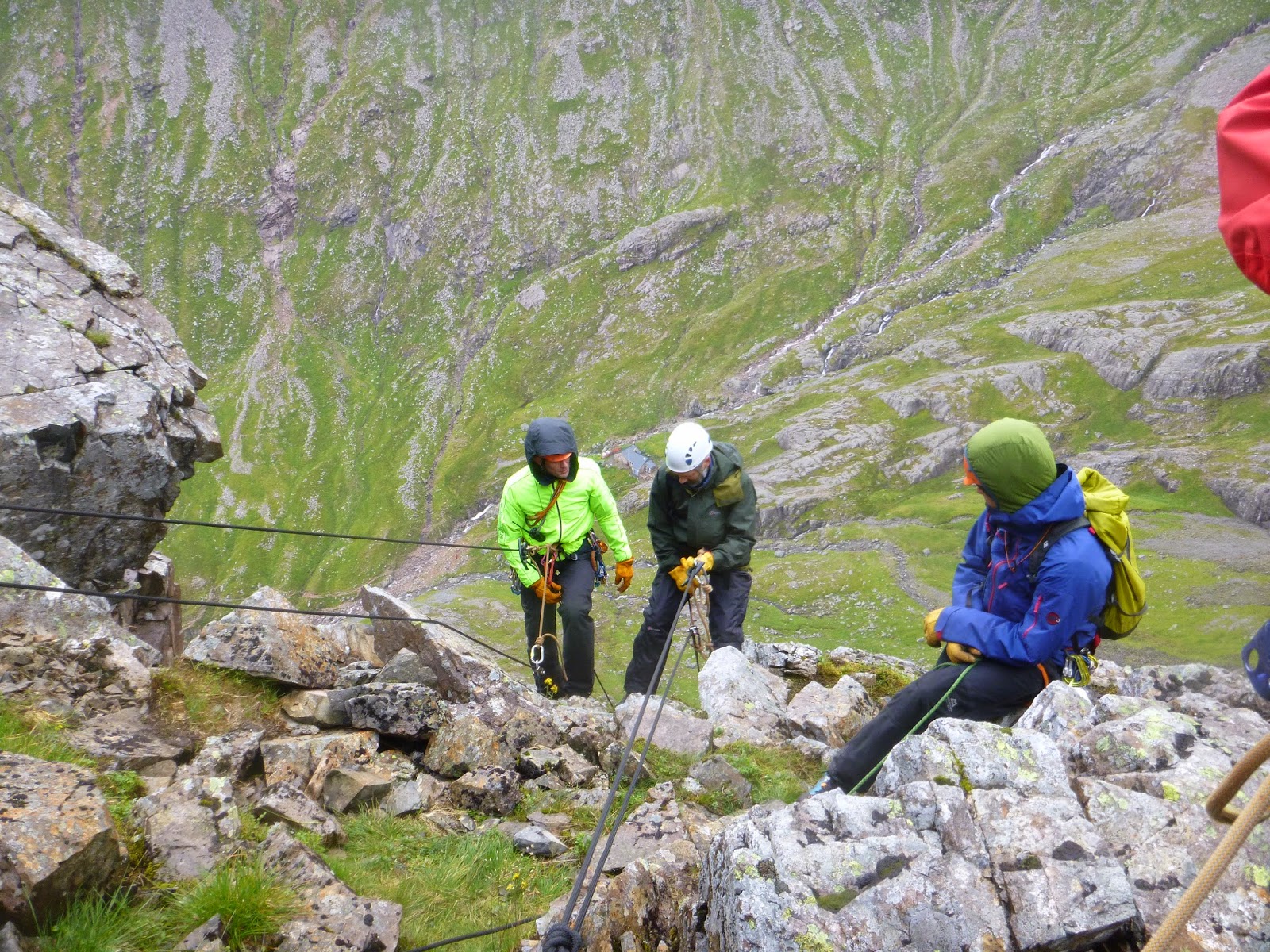 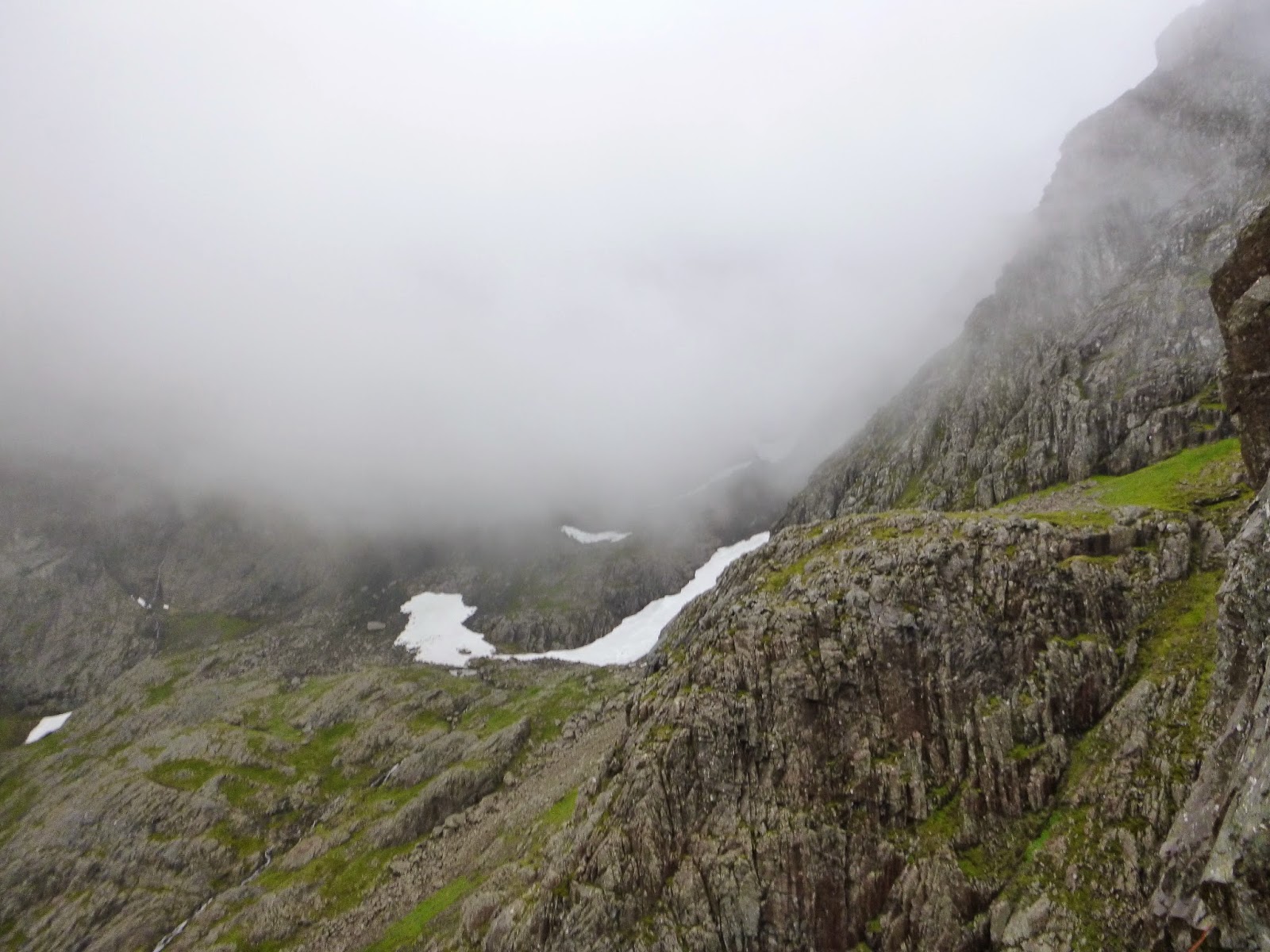 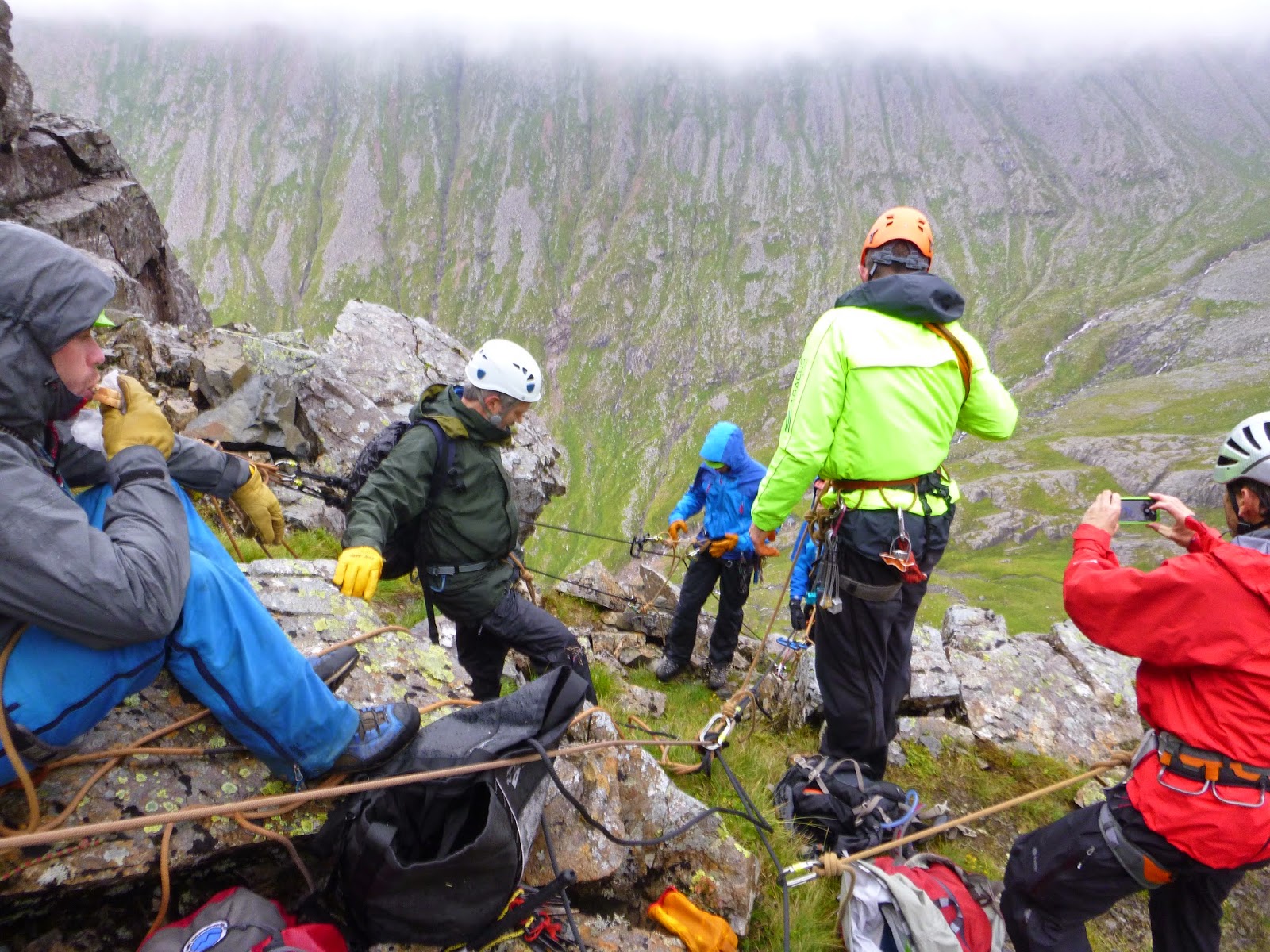 Tomorrow starts the Survey proper and with a fair few good finds of both botanical and geological information already, I can't wait to see what's hiding on the Ben!